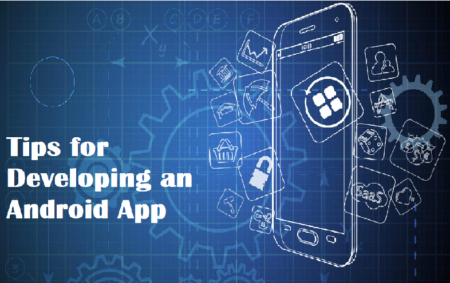 Developing an android app, In this digital era of fast connectivity and evolution, mobile app development is expanding at a higher proportion than ever.

Besides, presently, Google Play has more than 3.4 million apps in its store. But, on the other side, a massive number of apps are being added each day to app stores, and let’s not forget, which makes it even more essential to dive into the app development affair if you want to be plenty rich.

More importantly, how can you swoop your way up to the top? How can you build an effective app that aims only for success in this massive market with a shrewder player involved?

Well, hold your horses! We have got you covered. It’s not easy; however, it can make you hit the jackpot naturally if done perfectly.

Then again, you might wonder: how much does it cost to develop an app? You might have this misconception, or rather have this prejudice against app development that ‘more the prices more the quality.’ And that’s just a cliché! I must remind you the more diligence you put in, the more quality you can ensure in your Android app.

In this article, we have pulled together 6 top lessons in building a stand-out Android app that can assure your super success.

Being rich overnight just happens in the movies, or you have won a lottery. But, of course, you are not in a film, and you haven’t bought a lottery ticket, did you? Anyhow, you plan to build an excellent Android app, so you should have patience and keep the ongoing work intact, which are the main ingredients to achieve beyond.

But filling the gap doesn’t mean some motivational speech – that was just a bonus to boost your mind on persistent slogging. The genuine concept behind filling the gap defines as how you fill the gap by your Android app? Specifically, coming up with a unique app idea for fundamental human needs. That’s the main goal here. Then, of course, you should fill the actual gap with a ‘solution.’ Present your mobile app as a solution to the real world. You may as well define: What’s it tackling mostly? And for whom? Now that matters when you build an app. Not to mention primary goals to be set before even you consider creating an app.

Without a robust app idea, the chances of your app success are as low as the ice melting point. So be creative and test your app idea on many grounds before going for it – that’s prototyping. That’s smart. But not as wise as persistent efforts and patience all long.

Not rocket science but common sense to grasp – Android has a more significant market share and a wider audience reach than iOS. On the flip side – iOS users purchase more than Android holders. Besides, Android is an open-source platform – that gives the user more control over your device, unlike iOS.

Android has over 2.8 billion active users globally, which is a 75% of the global market.

Before you set sail, understand the android market explicitly, or else your app might sink away deep in the ocean without the reach of anyone. You must understand the intense competition proceeding in the markets. Each has its high-speed jets to hover high enough. How can you beat the steep competition?

As a rule of thumb, build a stand-out app that outshines its competitors. By a stand-out app, I’m not only hinting at a unique app only but an app that is better on each level – performance, user experience, user interface, etc.

After analyzing other apps and getting potential users’ favorable opinions of your idea, you should evaluate your app idea’s market fit.

In addition, analyze your app idea’s market fit. There is a higher probability that your app idea is already on the app stores. To know for sure, begin by cataloging other challenging apps features and devise an idea to improve your app. This phenomenon has been going on for a while – same functioning apps inventions with the improved version of the rival apps. You can do it too.

Since you aim to build an Android app, it’s vital to understand Android users too. Several app developers often overlook this part. Design your app with the users in mind – at all times. Most stakeholders build apps by cutting corners. This should not be the case; the goal must rely on creating a great app. Otherwise, doom and failure are so frequent in this vicious market. Not to mention many companies struggle to cling to user engagement. But they fail on many levels.

Harsh reality – Statista shows 71% churn rates. In other words, 71% of mobile users delete an app within three months of installation.

Intriguingly, this can be caused by many reasons that compel the user from uninstalling apps. First, lack of adequate market research. Second, poor understanding of the core audiences. Third, second-rate UI/UX. Lastly, dreadful onboarding.

More importantly, make a user-first approach. Since in the end, they are the ones to use your Android app. Think like a user, developing the app in the user frame of reference. Thinking from the user’s perspective is relatively easy. If not, onboard potential users in the app development process and get feedback. Besides, it’s essential to ensure each step and feature flawlessness to attain high success.

4 – Never Give in To the Pressure of ‘Quick Fixes’

This lesson for Android app development is pretty much vital for you. Spooky deadlines and swelling project capacities trigger your incentives to concede temporary fixes and quick workarounds in an extreme scenario. Not to mention we feel easy to take Shelter in the quick fixes solution under pressure and impending deadlines. Therefore, our project – aka android app falls under imperfect solutions.

You don’t work better under pressure; you just work faster.

Truth be told, quick fixes are bad entirely. But on a larger scale, they might ruin the essence of your app. However, sometimes it’s essential to act fast than acting exactly. Nevertheless, when accuracy, reliability, and security are in demand, one shouldn’t grab the handle of quick fixes. Not to say, that’s a high risk to take and may put everything at stake. You should never apply a ‘band-aid’ fix in such cases. More important as it to rebuff deadlines and offer more time if seizing an enduring solution.

The app development tools have created quite a drastic situation for app developers. With the flooding of app development tools globally development process is anything but a simple pattern. To build the best Android app, the best language and best building tools are also necessary – that you shouldn’t overlook on any account. To prove the previous statement – Despite the stronghold of the Java programming language in the market, Android announced a modern language – Kotlin. Not to mention both are remarkable programming languages. This puts you in a tough spot to choose between them. So before you embark on the voyage of your app development, do a little research on the best android tools and languages.

More importantly, the incomplete features of any tools may ruin your app’s success. Multiple Android app development tools are out there, such as Android Studio, React Native, Flutter. And numerous languages as well like Java, Kotlin, and others. So any neglection on the best tool selection might end up bad. Not to mention multiple tools support some distinct functions. This is why choosing the right platform is as important as building the app itself.

Here are some features of Java and Kotlin you must know:

Just to illustrate, these kinds of minute details of any programming language can collapse your app.

What does Java Have and Kotlin Doesn’t?

What Does Kotlin Have and Java Doesn’t?

All those ups and downs are just an example to show you no tools or language is complete. Know your app just right to pick the right tool and programming language to get started.

6 – Dive into The Loop of Endless Testing

Not correctly testing your Android app is like going to work without even looking at the ‘Mirror.’ Of course, that’s a bit off-topic, but think about it, is it not?

This step can be thrilling and boring at the same time. But it’s worthwhile. The relentless pursuit of perfection is never leisurely, yet it’s worth everything. Most developers quickly phase-out to the dispatch section without thorough testing. Your app might work fine 3-4 times, but what about the 8th or the 9th time? Well, it’s always a better option to test your app by your potential users and gather feedback. Test it! Whatever the hassle. Never assume things will work; just be sure 100%. That’s the critical deal you’ll never learn from app development but your own deterministic insights.

However, you should test your app repeatedly from various standpoints and edges to identify and correct any technical malfunctions. Don’t miss the slightest dot – test that intensively!

After developing the app, you’ll be fueled with impatience to release it as soon as possible. But as Mahatma Gandhi said, “To lose patience is to lose the battle.”

Bear in mind, the more your test, the more chances of your app survival out there.

Alpha testers are a small-scale group of people involving your teammates and other people from the industry – rather than Android developers. There is an in-height possibility they have high-end testing tools and will play around with your Android app with developer options. Additionally, they’ll check your app more professionally. Using their efficient tools, they can help you figure out stack trees and bug reports and suggest tips and tricks for a more optimum solution. You should consider this approach because many who know haven’t even thought about it.

Beta Testers involves a larger audience with several demographics. Although you might have top-notch and crucial skills in testing an app, you can never predict all the possible ways to use an app. As various demographics use their apps at multiple angles, one can’t even imagine. It is why it’s an essential step to consider, too, while testing.

I hope the lessons are learned!

The ever-increasing trend in Android app development is thriving worldwide. With that said, several app development companies follow this trend significantly to ensure the highest possible revenue. And competing with them is quite an impossible job. But with the proper precision of methods in mind, you can do it.

Making a stand-out android app today is complicated than you might think. And making the perfect Android app is affirmatively hard, primarily because perfection is in the observers. So you have to let your app grow by considering various unchecked angles we might have missed in this blog.

Coping up with the latest trends to know for sure always fits perfectly in starting a new journey or improving an old one – always handy. Just likes these lessons mentioned above from an Android app developer’s point of view. First, however, results you must try to make that happen in any way possible. And believe it or not, in the end, only great endeavors come to users’ ease.

On top of that, success is not a constant entity, even though you have acknowledged all the underlying means of practical ways. But you must be persistent in achieving your goal – mainly that’s guaranteed.

Read also: How to set up Android TV with Androidtv.com/setup 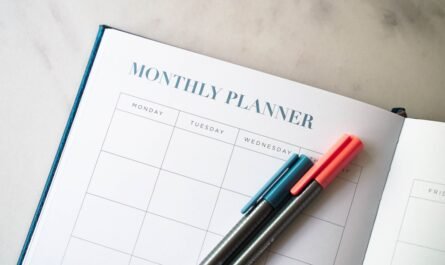 Tips for Creating Your Monthly Calendar 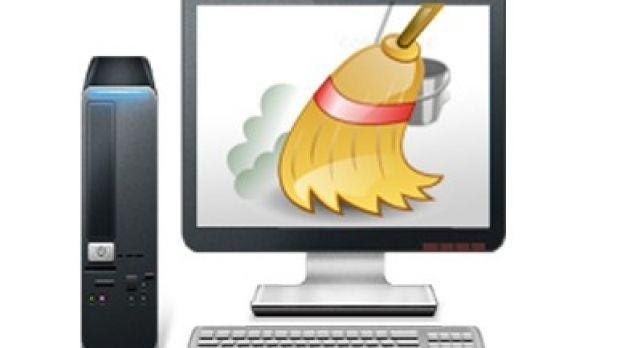 How to Remove Junk Files Windows 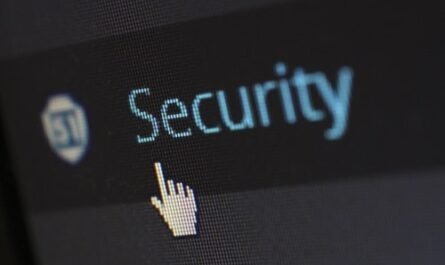