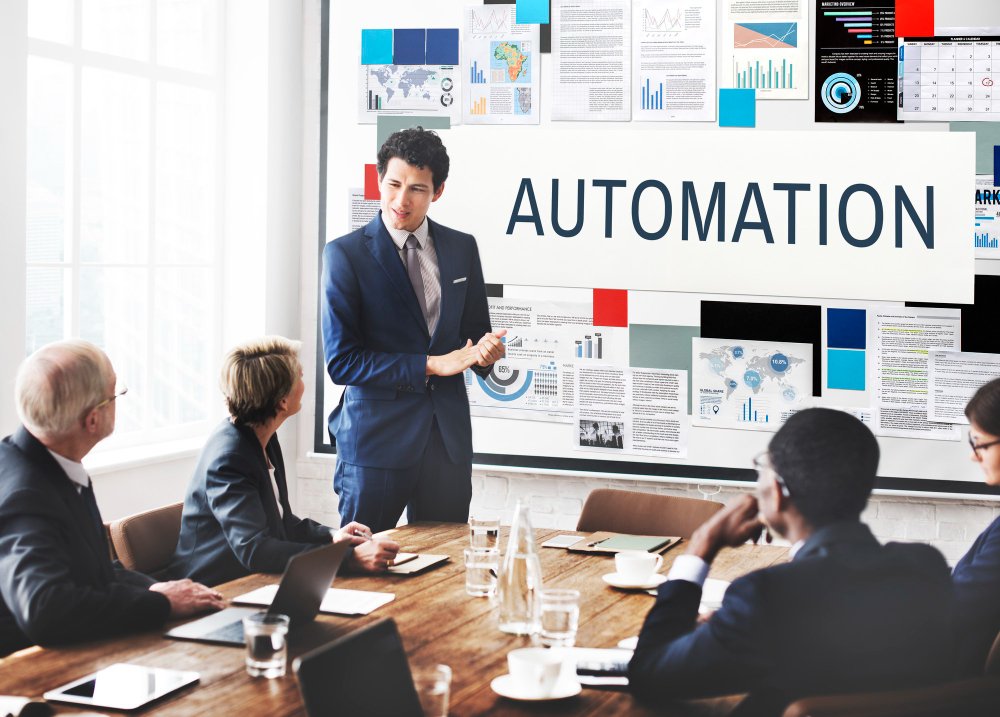 The development of technology is increasing at lightning speed, where the launch of new software and applications is taking place. The proof of this is the emergence of automation testing, which has lowered manual effort and accelerated the development of applications in the market. The competition rises at a high sky, where every organization has to maintain the pace for successful software development. Automation testing suites might save time on software validation, but they are required to be maintained. Updating the test suite is essential to match the requirement of testing. Further, maintenance of the automation testing suite needs to be done regularly. Some of the tips and tricks for maintenance and updating of the automation testing suite will help in giving an easy way for your test execution. This is the main aim of the blog. So, let’s get started.

Dig into the Automation Testing Suite

An automation testing suite is commonly referred to as a collection of test cases intended to be used to test the app for showing its specific set of behavior. It helps in executing software test cases with the use of automation testing tools and then comparing the actual result with anticipated and predicted results.

In today’s time, automating the testing process is done easily and quickly to debug and solve the issue in the application. It is regarded to be essential for software development. However, many of software developers have the conception that automation is a silver spoon for achieving for quick testing and assuring the quality of the application. Some of you also start to expect complete coverage, without any maintenance and high-quality delivery, instantly for their automation suite.

It is important to note that not always test suite makes the testing easier. It can also increase the maintenance burden of the suites. Therefore, it is essential to maintain and update the automation testing suites.

The benefit of Automation Testing Suite

However, the above benefit may be of no use when you are not able to maintain the automation testing suite.

Maintaining and updating the automated test suite does not have to be an endless and exhausting task. Some of its needs are mentioned below:

Tips and tricks for maintaining and updating an automation testing suite

Try to minimize your test

You should only test the thing which is needed. It is a common issue in new testers that they try to automate the test for everything possible. It can create an issue as some of the test cases do not provide enough value to invest time to write and keep up to date. Adding a new test case can introduce new risks or even cause the failure of the test. Therefore, you should keep the test suite lean without being bogged down by useless test cases. Hence, mainly you should focus on the section that often breaks for users, test scenario that requires many steps to test manually, and scenario that requires working reliably at all times.

In the current time, most of the testers and developers face the issue of managing the test data while automating the test for the application’s performance. Sometimes there is a need to make frequent changes to the data, which can make the script fail. This often led to errors and difficulty in performing end to end testing. To avoid such issues, the automation test suite needs to be maintained and updated by database management. The tip is that every time a change is made to the application, it is crucial to refresh the database, make changes in its status and run the script with the purpose of avoiding script failure.

It is known that for every elementary approach, as mentioned above, the data source refreshed should work with the test suites, environment, and application. To avoid such a situation, it is important to build a new set of data every time on the running of the script. A clear test data management approach assists in maintaining a test automation suite and involves bringing a clear return on investment (ROI).

In this trick, you have to assign a person for a week to look at the failures of tests done, evaluate the failure reason, and triage the test execution by updating the result to the dashboard. Such a trick will help to get an idea of the reason behind the failure of the automated test, but there was no one for its fix simultaneously. This leads to the failure of the test automation suite by pilling of the product change and flakiness. Thus, updating and maintaining the automation testing suite includes spending time in maintaining a robust automation suite by different people. They have the role of maintaining the quality of tests and code with resolving the identified issue. However, the above trick can become a bottleneck on the robin role in the upcoming release. Therefore, another alternative to this is explained below.

Another tip for maintaining and updating the automation test suite can be the adoption of the Blue Green Deployment Model. Blue Green Deployment Model is well known for continuous delivery. This is adopted for creating primary and secondary suites. You can eliminate the recurrent failures by not adding the tests directly to the primary suite unless it is fixed. Followed to this, you can create Test Warden Service, which is responsible for tracking the health of the test. It will be helpful in maintaining the quality of the codes, which in turn maintains the test suites.

You can perform the following things with the existing tests:

Thus, performing the above steps helps in removing the flaky tests from the automation test suite, which keeps it updated and maintained. This also helps in lowering the execution time of the automated test and lowering the failure rate of the test.

Analyze the implication of change of application

Another tip to keep the automation testing suite updated and maintained is to consider the impact analysis of the proposed changes in the application. It is a crucial part of Requirement Management. It gives a more accurate understanding of the implication of the changes to be done in the application and the way it impacts the application. The analysis is done to investigate the proposed change to identify the modules to be created, changed, or rejected and estimate the effort linked to implementing the change. However, if you miss on the impact analysis, there might be a problem in making informed decisions on the relevant changes to be done. Therefore, to update and maintain the automation testing suite, quality analysis needs to be planned to update the impacted automated script in the sprint.

Automating the application at the API level

User interface test is the most common type of test done by developers and testers. However, the cost of maintaining the UI-level test is greater than the benefit of the automation. To address the issue, it is advised to maintain and update the automaton test suite. This can be done by implementing a simple trick of automating the application at the API level, as this will lead to an increase in the durability of the scripts.

Effective maintenance of automation test script is evident from good automated test design. To maintain the test suites, you should design a test in such a way that minimizes the repetition of the code and write the minimal amount of code essential to complete the task. Ignoring a broken test suite and repeating the code is a big mistake. Poor code starts to slide into the codebase and impact the quality. It is also important to fix the broken test as soon as possible. It not only saves time in the maintenance of the automation test suite but also helps in the easy updating of the test code.

A well-designed test creates true positives or true negatives, where the codes do not pass on identifying the bugs. A test’s value demarks software quality, but it is more than that. It is said that even when the tests are properly designed, a bloated test suite’s maintenance can outweigh its value. Therefore, it is important to maintain the automation test suite. This could be done by creating a small number of nicely designed automated test cases which address the high-risk aspect of the application. It allows easy catching of the issue in the first run of the test. It is also advised to track the value of the test and evaluate how often the test runs and how often the bugs are identified.

An updated and maintained automated test suite brings a healthy test suite. It does not matter how much time you spend on automation testing; you should maintain your effort with the evolution of the application under test. You may think that time given in cleaning up the test is a wastage, but it needs to be validated. It helps in the easy fixing of broken tests. You can also establish the good practice of maintaining a test automation suite. LambdaTest Test Analytics suite offers you real-time distinguishability in your testing work so you can rapidly recognize any tailbacks or high-impact issues. You can use LambdaTest to automate your Selenium, Cypress, Playwright and Puppeteer tests, keep them lean and improve your test suite with little effort. 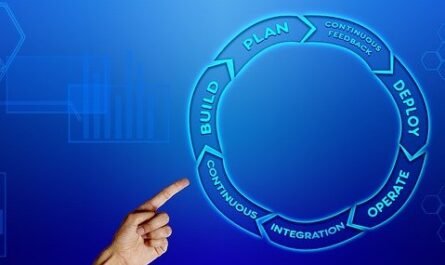 What You Need to Know About Continuous Delivery In Software Development 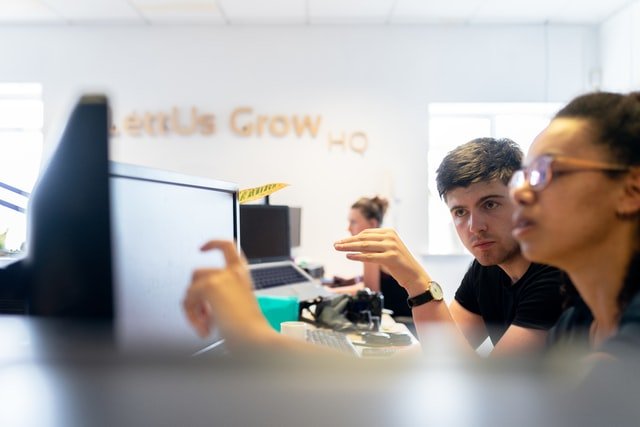 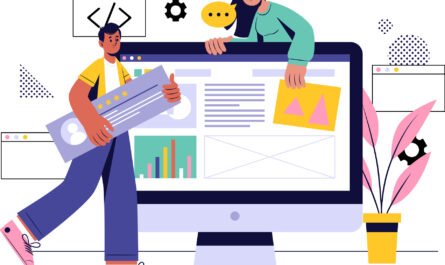