There are many VPNs in the market lately, and you will find that most of them are scams! Yes, that’s right! Having tested many VPNs over a short period of time, I’ve managed to find only a couple of providers that actually worked reliably, or offered features that worked! I’ve had my eyes set on iProVPN  off late, after hearing great reviews, and finally got the chance to test this new VPN. It comes with a 4.8 star trust rating, but I took it upon myself to test the VPN fully and looked for leaks or flaws. In this iProVPN review, I’ve tested the app on a few operating systems just to get optimal results! Find out more ahead!

iProVPN at a glance

iProVPN in a nutshell

iProVPN has managed to gain quite a fair bit of traction over a small course of time. If you’re worried about how much iProVPN costs, it is far more affordable than most providers. Its 3year package is the most desirable, costing just $1.3/mo. There is no completely free trial, but you can still test the VPN using its 30 day refund period. You can ask for your money back before the 30 day mark is up.

One of the main aspects I look for in any VPN is whether it can unblock a certain streaming service or website. I was not too pleased when I first saw the iProVPN network coverage. This provider offers a little over 250+ servers in 20+ countries. Anyone would assume that the VPN works poorly if the server count is low, but to my surprise the unblocking abilities were higher than expected. When I tested a few of the servers such as USA VPN, I got access to a couple of Netflix libraries, Hulu, Hotstar, Disney Plus, Sky Sports, HBO Now, Amazon Prime and others.

iProVPN is great for online privacy and security as it is for streaming. It got a simple selection of VPN features but all worked pretty great. It does not log user data as mentioned in its privacy policy for no logging. Plus, the provider is headquartered away from the eye-regions in the British Virgin Islands. Other than this, I ran a few tests and looked into small details of the app to get a better idea of how it worked. Take a look at the full iProVPN review below.

No, it isn’t. Most users usually go for a VPN that is within budget, but often land one that not only is cheaper in price but one that doesn’t seem to work at all. It is why we need to be extra careful when choosing a VPN. iProVPN, on the other hand, is not only affordable, but tested great where unblocking geo-restricted services and security is concerned. These are two of the most important aspects of a VPN.

Here’s a glimpse of how much iProVPN costs

iProVPN breaks into 3 packages. The first is the monthly plan that costs around $10. Yes, that is not considered as affordable but it is still cheaper than most monthly VPN deals. Plus, most users often go for the package because the monthly plans are traditionally always expensive in comparison. The 1-year deal is for $24.95 a year, but you will need to pay $0.99 for the 7 day trial that comes before it. The most affordable plan is the 2 + 1 year deal that costs $1.3/mo. As mentioned above, there is no completely free trial but you can still test the VPN using the iProVPN 30-day money-back guarantee.

As mentioned above, one of the main reasons people get VPN services is to unblock geo-restricted games, movies or music from anywhere in the world. iProVPN offers around 250+ servers in 20+ countries, which at first sight isn’t very large.

Anyone would automatically assume they don’t work for streaming or gaming, or even to unblock sites like YouTube. However, after testing the VPN, I can’t say that I was too happy with the outcome, but was rather pleased. I did get access to many streaming services, but had to switch servers to see which one fit according to where I’m physically located. It plays a huge part as not all servers work fast enough.

When I connected to a few of its optimized servers, I got access to Disney Plus (US and UK), the US Netflix, UK Netflix, Amazon Prime, Comedy central, HBO Now, DAZN, Hotstar, Hulu, Sky Sports, AE TV, Food Network, and more.

What about the speeds? Is iProVPN fast?

I wouldn’t say that iProVPN is fast, but it’s not slow either. Since there were no buffering or lagging issues while streaming and downloading torrents, I’m pretty satisfied with the results.

Here is a list of a few of the features that iProVPN has to offer:

Other than these in-app features, iProVPN takes its privacy seriously. Firstly, it is located in a safe region in the British Virgin Islands, which is free from all data-retention laws. To match with that, its policies sport a strict no-logs policy. Here is a short clipping from it:

“iProVPN is committed to user privacy. We do not store logs to identify a user’s activity while using iProVPN. Logs refer to information such as IP address of the user, DNS queries, timestamps of VPN connections, and the duration of the VPN connections.”

iProVPN supports a number of apps for popular devices that you can set up on up to 10 devices simultaneously. For starters, with one subscription, you can install the VPN for Windows, or the VPN for Linux at the same time.

Here is a list of a few of them:

I would say that iProVPN makes a great provider for beginners and a few experienced users  who would like a simple, easy or user-friendly VPN, plus, it’s affordable. The great thing throughout this iProVPN review, is that it unblocked some of the best streaming services, and works with a couple torrenting platforms. The speeds were alright but good enough. I would say that the VPN still needs to work on the server coverage, but overall it makes great security software! 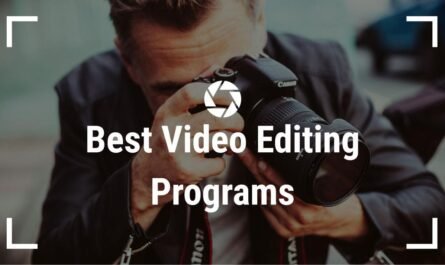 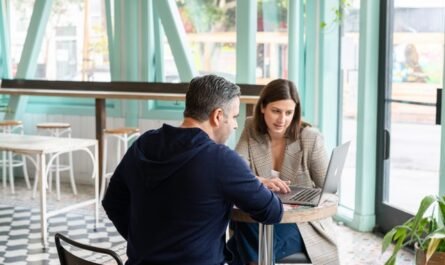