Look around you and you will notice that technology is transforming everything, and the pace of transformation is seemingly increasing exponentially. Indeed, technology is not only transforming our external environment, but also changing what it means to be human – the transhumanist movement, – according to Klaus Schwab and the World Economic Forum.

The construction industry, which is constantly being updated with innovative technologies, is no different. Trends in construction technologies are paving the way for futuristic technologies that can only be described as miraculous. Although the future is unknown, we can take a glimpse at what is in the pipeline.

Huge sums of time and resources are paid out each year to fix and repair cracks in anything from roads and buildings, to tunnels and bridges. Inevitably, all concrete will crack at some point, but self-healing concrete would be a gamechanger in this regard by adding greater longevity to a building’s life.

Self-healing concrete could be made by mixing bacteria into the concrete mix, which is then activated when water enters a crack. The bacteria would excrete calcite which would then heal the crack, and given advances in biotechnology, bacteria could potentially be tailormade and optimised for this purpose.

Almost as strong as steel, transparent aluminium is a new development from material science, the construction of which is made from aluminium oxynitride (AION) and made via the use of laser technology.

Notwithstanding its incredible strength, it has the appearance of glass but is four times stronger than glass and doesn’t shatter.  This see-through metal is a nascent material technology that is just making its way into the construction industry and will add a futuristic look to buildings.

A new type of insulation, aerogel, is a semi-transparent gel that is manufactured by removing any liquid from it, so only the 90% air-based silica structure remains. Weighing virtually nothing, this “frozen smoke” can maintain its shape and can create thin sheets of aerogel fabric, which is already starting to be used in the construction industry thanks to its amazing insulation properties. When insulated with this innovative new gel, the extremes of heat and cold have a difficult time passing through these protective layers that have four times the efficiency of traditional foam insulation.

A set of robots that are programmed to work together, robotic swarm construction was developed by researchers at Harvard University, and they are modelled on how termites work. Just like how termites follow the scent of other termites, these robots can detect other robots nearby and work together in unison with them.

Other types of robotic construction technologies include bricklaying robots that can lay bricks up to five times faster than human brick layers.

3-D printed construction has already been used to make houses that people are living in. Then technology allows for unusual designs and shapes that traditional construction methods would otherwise find hard to copy.

The 3-D printers, which resemble a small crane, are relatively small and can therefore be used in remote locations such as building schools in rural villages or used in disaster zones that have been affected by hurricanes or earthquakes. They operate by adding layer upon layer -which is why they are also called additive manufacturing – of concrete until the walls are complete. This construction technology reduces the cost of building and also lessons the environmental impact by significantly reducing waste.

Using sensors and internet of things (IoT) technology, smart roads are set to revolutionise road transport in several ways, as well as making transport safer and more environmentally friendly. By keeping the driver informed of real time data, such as traffic conditions, weather conditions, and parking availability at the intended destination, the driver can make quick decisions that will save time and energy.

Smart road technology will also use special paints that charge during the day and light up at night, as well as “electric priority lanes” where cars can recharge as they drive.

Like “Lego” bricks in concept, smart bricks are modular in design and connect with each other in the same way. They are made from high-strength concrete and are quite versatile in application, enabling thermal energy control and reducing costs. Since they have small holes in the modular design, these smart bricks can also allow cables and plumbing to pass through them, as well as act as additional insulation from the elements.

Pollution is a big problem in any city, so building pollution-fighting buildings can help us clean up our act. They have been described as high-rise forest buildings or “vertical forests” and will be adorned with over a thousand trees and 2,500 shrubs per building to absorb air pollution and filter the air. And of course, the trees will also help with carbon draw down as they will absorb C02.

Innovative technologies are starting to transform the construction industry and the number of them will only grow in the coming years, some because of necessity and others from creative inspiration. Another promising construction technology worth mentioning, for example, is light generating cement. This new cement can absorb and emit light, the potential of which is far reaching. Yet others include biologically produced furniture, floating piers, pollution absorbing bricks, and translucent wood. 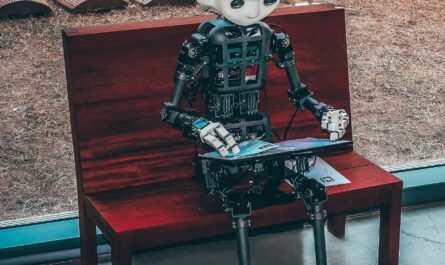 Artificial Intelligence and its Impact on Our Lives 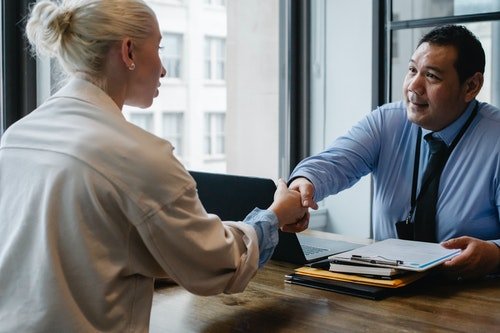