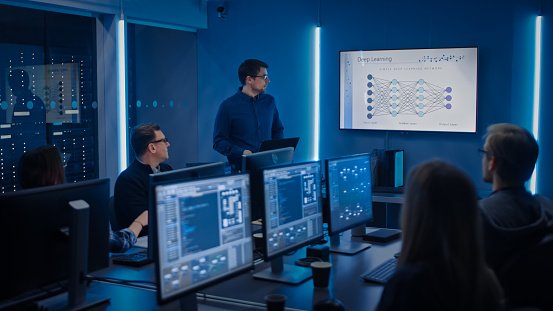 Blockchain is currently the most popular topic on news networks, social networking sites, and office group discussions. The likelihood of blockchain and cryptocurrency disputes is high. We’ve prepared this blockchain platform development tutorial to help you with all of the technology’s most important technical and business features.

A blockchain is, in layman’s words, a decentralised, transparent, immutable, and publicly available database in which digital information is stored in blocks associated with each other using a hash function.

On the business side, it is a peer-to-peer value exchange network. It is a method that authorises and legalises a transaction without an intermediary.

There are two sorts of network-based blockchain solutions: permissionless and permissioned.

Permissionless Blockchain – In permissionless blockchains, the network is openly available on all computers and devices. Anyone with access to the code can run a public node on their local devices, initiate a network interaction, and validate the transaction anonymously. A blockchain without authorization is decentralised, equally accessible, and anonymously accessible. Such as Bitcoin and Ethereum.

Permissioned Blockchain – This is a closed ecosystem in which only authorised individuals are permitted to act depending on their roles. These blockchains are constructed based on a set of rules that govern how a transaction will be implemented to fit the requirements of a particular organisation (for eg: for database management, for auditing, etc.). As an example, Multichain.

Types of Blockchains Based on Support for Cryptocurrencies

These blockchain solutions are based on cryptocurrencies, as their name implies. These are the most prevalent types of blockchains:

Wallets: These are secure digital wallets that store the public or private keys used to send, receive, or store bitcoin. This blockchain type, also known as a cryptocurrency wallet or crypto wallet, focuses on converting and exchanging cryptocurrencies in a centralised, decentralised, or hybrid environment.

These are blockchain systems that facilitate the trading of cryptocurrencies or digital currency.

These blockchain application development services are independent of crypto currencies. Based on Distributed Ledger technology, this blockchain type is typically employed for inventory management (DLT). What is distributed ledger technology exactly? Technically, it is a database distributed across several nodes and computer devices. Each node in this system has a copy of the ledger and may independently process it. The most remarkable characteristic of the ledger is that it is not governed by a central authority. Consensus refers to the voting mechanism where majority consent is required for an update.

Before creating a blockchain application, a blockchain development company would consider several factors. The factors are as follows:

While some blockchain platforms are centred on cryptocurrencies, others utilise smart contracts or numerous crypto tokens. Determining which type is optimal for you can facilitate the development of Blockchain applications.

Smart Contracts: The second consideration is whether or not a smart contract is required. As you may already be aware, a smart contract is a mechanism that automatically processes, verifies, or enforces any trigger-based action written on the blockchain.

The second issue to consider when answering How to Develop a Blockchain App is whether or not your mobile application should contain cryptocurrency. This element is also essential for identifying the optimal platform.

Consider whether you want a network where anybody can make modifications or one where only authorised users may participate. Select a platform and commence development of your own blockchain application depending on your choice.

Adoption Rate And Functionality: It is essential to examine the adoption rate and level of community support for an existing blockchain. Adoption rate indicates the degree to which a particular blockchain innovation has been adopted. Choosing a technology with widespread acceptance and adoption is preferable than selecting one with a low degree of adoption.

Scalability: Those who wish to build blockchain platforms on existing technology must evaluate the transaction capability to decide if their needs can be met. When evaluating the scalability of a blockchain, three crucial criteria are considered: speed, security, and decentralisation. This is known as the Scalability Trilema, and it refers to the fact that developers can only anticipate two of three aspects.

Utilizing simplicity, smart contracts are created on the blockchain. The language is straightforward, makes use of static analysis, and can be viewed as an improvement over foundational cryptocurrency languages such as Ethereum Virtual Machine (EVM) and Bitcoin Script.

Solidity is a statically typed blockchain development language used primarily to write smart contracts for the EVM. Using this language, you can easily create self-governing business logic in smart contracts, leaving a non-repudiable and authoritative record of transactions.

All of the aforementioned information will serve as a foundation for blockchain development. Whether you are seeking dApp development services or other blockchain-related services, contacting pros will sound efficient and lead to successful development.

Read more: What are Different use Cases of Blockchain Applications? 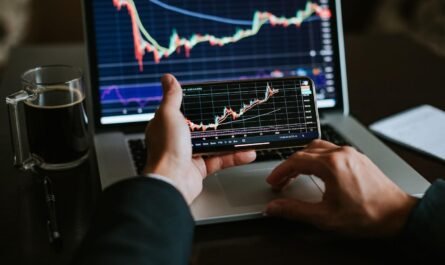 How Machines are taking over the World’s Stock Market? 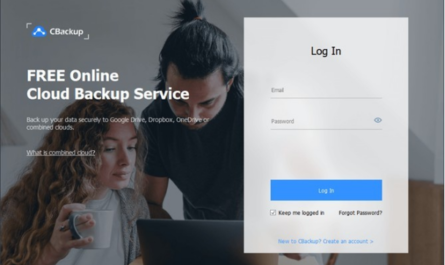 2 FREE Ways to Backup Computer to Clouds with Ease

What is the Best Alternative for Ecwid?